You are here: Home / Blog / Abuse / Please Don’t Be That Person

You might have thought I meant don’t be that person in the photo.
You would be wrong.

I hope you won’t be like some of the people described in this beautifully written piece on the bullying of “fat” people. The author identified only as Your Fat Friend speaks to many universal parallels of bias.  People find all manner of justifications to bully when they need a scapegoat. Being fat is just one example, but it is sadly the one still too often overlooked as wrong.

The common theme in all bullying is contempt, seeing the person not as a person but as a threatening “object” and the contempt feels justified because the system- in this case American culture – tells you so.

The story referred to about a person being kicked off an airplane for being too large is as horrible as it gets and just like every instance of bullying, the most painful part (in my experience and reported by every single person who comes to my office) is the silence of the witness. The bystander who does nothing.

Please don’t be that person.

Here are some things you can do:

– Stand up – literally – even if you say nothing it breaks the spell
– If it is safe to do so, put your body in front of the target

If you can speak to the person targeted say;

Many times we stop ourselves by what I call the “mental gymnastics” of attempting to figure out what the right thing is. Often bystanders are in shock themselves – it can take a few moments to gather yourself and your thoughts – to even realize what just happened.

The key is to be prepared. To realize that in American culture bullying will happen. Acts of emotional violence will occur right in front of you. Sometimes they are subtle and sometimes they are loud.

But the irony is there is no ONE right thing – there are infinite right things. A million ways you can do or say something that conveys what you know: This is wrong.

Please DO be that person.

How to spot it. What you can do about it.

It can happen to anyone, at any age. 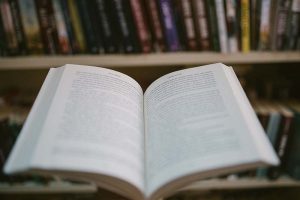